Expanded into Japan with the belief that people would understand the value of our technology.

Q. Please tell us a little about your business.

PULS develops and sells power supply equipment such as converters that convert AC power supplied to factories to DC power. For example, with an alternate current power input of 100 W, our products can obtain 95 W of power, whereas other companies can only obtain 85 W. If the power conversion is inefficient, a lot of energy is needed. Using our power supplies can therefore reduce running costs.

The power that cannot be converted is released as heat. When heat is generated, CO2 is generated. There are tens of millions of such devices installed all over the world. Adding them all together, they have a tremendous impact on the global environment. In order to achieve the goals of the Paris Agreement, we need to work step by step.

A large converter installed in a factory takes up important space, so that factory wants a converter that is as small as possible. Our products are compact. They also release limited heat emissions, which in turn saves space.

The current president of the headquarters believes firmly in releasing products that can maintain their position as the market leader for 10 years in a given field. We are confident in the technology found in our products, as we only make them available after reaching that point.

Q. How did you decide to expand into Japan?

From 1996 to 2012, I was president of a Japanese subsidiary of a Swiss company. After putting that company on the proper trajectory, I passed the baton to the next generation. After that, I established a company aimed at bridging Europe and Japan, and it was then that I had the opportunity to meet with the president of PULS. When asked about the Japanese market, I said that Japan is a technologically advanced country and made the conclusion that customers in Japan would appreciate the value of PULS’s technology and products.  At the same time, I thought that Japan might not be suitable for German companies because of the detail-oriented nature of people here. So, I advised that it would be difficult unless the headquarters had a system in place that could handle that. The president was positive about making this change to the structure of the headquarters, deciding to expand into Japan. I was then appointed president of the Japanese subsidiary.

The key to becoming firmly rooted in Nagoya is training trusted engineers.

Q. When expanding into Japan, why did you choose Nagoya?

When asked about establishing a base in Nagoya at PULS’s German headquarters, I explained that, generally speaking, electronics are centered in the Kanto region, biotechnology and life sciences in the Kansai region, and automobile, aircraft, and other manufacturing in the Chubu region. Nagoya is an industrial center, home to a large number of manufacturing companies. This makes it an optimal market for PULS. It’s also an attractive location as a base for future expansion into Asia.

The fact that the manufacturing industry is so densely concentrated here means that the technical level is high. No matter where you look in the world, technological capabilities are extremely high in areas where an industry is densely centered. I don't know the reason for this, but it is always true. Hopefully economists will study the mechanism behind this someday (laughs).

Q. What was the response like after making the move to Nagoya?

The high concentration of manufacturing makes it possible to reach manufacturers efficiently. I also feel that our products’ value is recognized. About seven out of ten companies who receive product descriptions from us have a positive response. Some show interest in using trial products. If you listen seriously, it stays with the customer even if a sale is not made immediately. Those seeds can sprout a year or two later.

Q. How have you dispelled concerns about products from a foreign company?

No matter what you say, it is difficult to ease those uncertainties and concerns. We explain in person, but human psychology is not that simple. Something remains deep down. I think it's important to get customers to actually use the product, to respond when something comes up, and so on. Building step by step is very important. I think the key to success in expanding into Japan is to train staff who can do this.

Advancing into a new country and achieving results is a long process. Having to be profitable in two years, for example, is not something I would undertake. Business doesn’t work that way. If someone says they can do it, then they should do it.

Of course, coming up with a forecast is something I can do. I can say, for example, “With this product and with this technology, in the Japanese market, it will be profitable in three to four years. Can you be that patient?”  In our case, our headquarters said they had the capacity and saw expanding into Japan as an investment for the future.

Mutual understanding between engineers is of the utmost importance.

Q. How was the support from the city of Nagoya when expanding into Japan?

We utilized the Subsidy for the Promotion of Advancing into City of Nagoya for Foreign Companies. Applying for such subsidies allows you to connect with the government, something I mean to cherish. For foreign companies, having such a relationship often makes them feel that they are recognized, which is important.

Q. How was the opportunity to participate jointly at the Nagoya booth at large-scale exhibitions?

I was surprised when the city suddenly contacted us asking if we would participate jointly in the Nagoya booth at a large-scale exhibition. But it was a great opportunity for a company such as ours that had just advanced into the area. This is a result of the connections made through utilizing the subsidy. I was happy that so many engineers from various manufacturers visited the exhibition. The opportunity to interact with such practitioners was a very meaningful experience. Relationships with upper management are indispensable to build rapport, but I think it is even more important to develop proper understanding among practitioners.

Q. What do you think of the human resources in Nagoya?

The mobility of human resources is low. The same can be said about Japan more generally. Human resource mobility is not high in Germany or Switzerland either, but there is a well-established market for talent with a degree of business experience and skills. In Japan, it was difficult to find engineers with language skills and engineers who are motivated to take on challenges in new fields. There is less mobility among talented personnel. We managed to find the right people by paying proper salaries.

With a grand design, companies will concentrate in Nagoya!

Q. What do you think the city of Nagoya needs to do in order for foreign companies to enter the market in the future?

When thinking about Japan, many foreign companies will imagine Tokyo first. If the government indicates a grand design that signals Nagoya as a certain type of area, I think companies will gather under that banner. Fortunately, the manufacturing industry is densely concentrated in the Chubu region. Japanese and foreign companies with outstanding technology have come together, and their technical capabilities will be further enhanced through the resulting friendly rivalry. I believe that should be incorporated into Nagoya’s grand design.

The history of California Valley and Silicon Valley is only 50 or 60 years old. It has been built in a single generation. If the city of Nagoya creates a grand design and companies respond to it by moving into the area, I think it will flourish in no time. 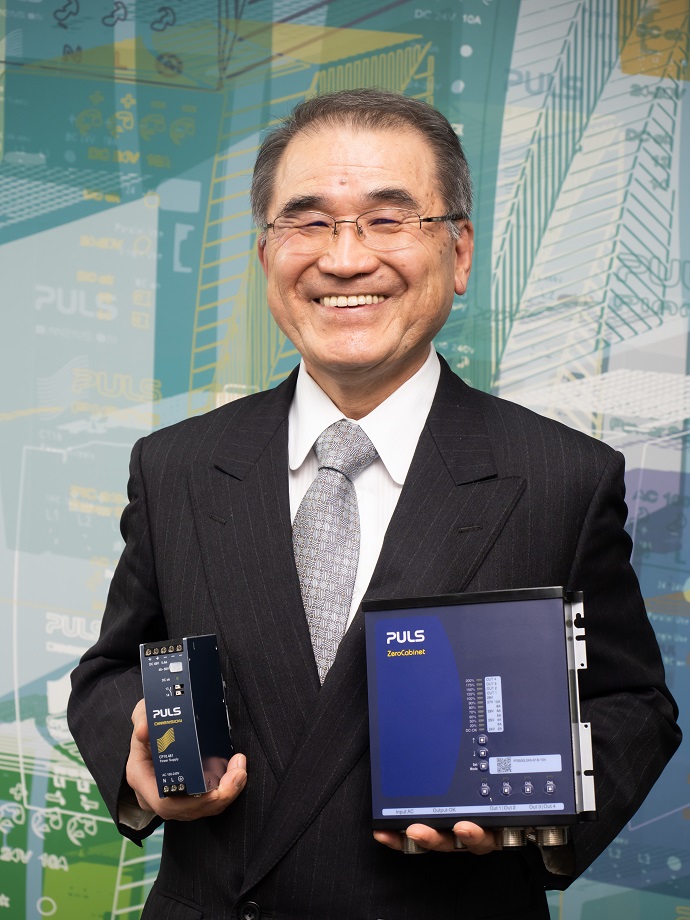